Developers around the world have earned over $120 billion using Google’s Play Store platform. Separately, in a lawsuit, Google agreed to pay $90 million to end a legal battle with app developers over the money they made by creating apps for Android smartphones and tricking users make in-app purchases, according to a court filing. Google’s settlement (which will need to be approved by the court) follows a similar $100 million fund offered by Apple to developers for parallel issues related to its App Store.

Today, we are pleased to share with you a proposed agreement that will allow developers and consumers to continue enjoying Google Play. “Google and a group of developers have reached a proposed settlement that allows both parties to move forward and avoid years of uncertain and distracting litigation,” Google said in a blog post about it. 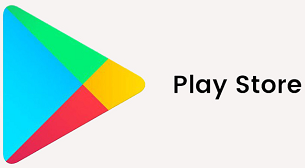 According to Google Play, app developers receive more than 70% of app revenue, while the remaining 30% goes to Google Play as a distribution partner and as part of operating costs. The platform also allows developers to make sales on their application, provided they inform users of the end of sales. App developers can also release an early version of their app to a certain group of users or even allow their users to pre-order apps before they are released.

For regular subscription-based payments, it charges 30% for the first year of consumer-paid subscription, then app developers can continue to pay 15% for all subsequent years. This model is similar to the business model of another app store like Apple’s. App developers pay a certain amount of money to the app store in order to launch their app and receive the rest of the amount of money through user purchases.

The Google Play Store’s source of revenue is simple: it’s mostly service fees paid by developers. If a developer wants to sell an app on the Google Play Store, Google requires them to pay a service fee. It can be a subscription service or any other service that developers want to sell. However, any in-app purchases are not commissioned by Google.

Last year, the platform disclosed its earnings for the first time in 13 years. According to declassified Google play store documents, the platform’s total revenue amounted to more than $11.2 billion in 2019. This amount would include the price of the application (which it charges 30%), the additional in-app purchases and revenue generated via advertisements on the Play Store app.

Late last year, Doug Reynolds, deputy director of HD Media, a holding company that owns several newspapers in West Virginia, worked with a coalition of lawyers who agreed to represent newspapers wishing to bring antitrust lawsuits against Google and Facebook. alleging that the two companies monopolize the digital advertising market for revenue that would otherwise go to press companies.

The lawsuit claimed that Google maintained policies that effectively forced developers to use its billing system, which for many years applied a default charge of 30% on all transactions. In July 2021, in a concession to small developers and in response to this lawsuit, Google reduced these fees to 15% for the first million dollars earned by an application.

Today, nearly 48,000 hard-working application developers receive the fair payment they deserve for the product of their labor; which Google sought to take advantage of,” said Steve Berman, managing partner of Hages Berman, in a press release. With this settlement, developers will have more room to grow and more money in their pockets to promote their hard work.

In addition to the $90 million fund, Google offers a number of small concessions to developers. It’s creating a new Indie Apps Corner to highlight indie developers and small startups that create unique, high-quality apps in its Play store app, and clarifying language in its Developer Distribution Agreement to clarify that developers may contact users to inform them of out-of-app and other subscription offers.

As previously stated, Google’s settlement (which will need to be approved by the court) follows a similar $100 million fund offered by Apple to developers for parallel issues related to its App Store. This lawsuit, which was also bought by Hagens Berman, included similar concessions allowing developers to contact users and inform them of Apple’s platform payment options.

While both settlements are certainly a win for small developers, they fail to substantially change the policies that have led critics to accuse Google and Apple of anti-competitive behavior. However, bigger changes may soon be forced on both companies in the United States and the European Union through legislation currently being drafted.

Google reportedly sent emails to small and medium businesses regarding legislation circulating in the US Congress that could cost these small and medium businesses time and money. In a bid to drum up more opposition to the various bills, a Google spokesperson said the work of the US Congress could harm companies that have used Google’s advertising tools to adapt, recover and reach new customers throughout the pandemic.

Over the past 18 months, the pandemic has posed challenges for businesses. Many of you have told us how digital tools have helped your business adapt, recover and reach new customers, despite these challenges. Some of you have also raised concerns about regulations proposed by the US Congress that would have unintended consequences for your business and could disrupt many of the digital tools you use every day.

In addition to the fund, Google is committed to maintaining a number of existing practices and implementing new benefits that help developers innovate and communicate with their users:

US politicians are currently considering a bill, the Open App Markets Act, which would force Apple and Google to allow users to sideload apps or install them without going through app stores. (In the European Union, the Digital Markets Act could also make sideloading mandatory, if the European Parliament finally approves it in 2023.

What do you think of this agreement concluded by Google with small developers?

:flexhe: Is it beneficial for Apple and Google to pay amounts for an arrangement?

Antitrust: more than 200 newspapers now involved in lawsuits against Google and Facebook, the domination of these two Big Techs affects the press industry

Google Warns Customers of Antitrust Bills, Proposed Congressional Regulations Could Disrupt the Tools You Use Every Day

Antitrust: Google believes that Android is not anti-competitive and also offers more choice than mobile OS from Apple and Microsoft

Manage Cookie Consent
To provide the best experiences, we use technologies like cookies to store and/or access device information. Consenting to these technologies will allow us to process data such as browsing behavior or unique IDs on this site. Not consenting or withdrawing consent, may adversely affect certain features and functions.
Manage options Manage services Manage vendors Read more about these purposes
View preferences
{title} {title} {title}